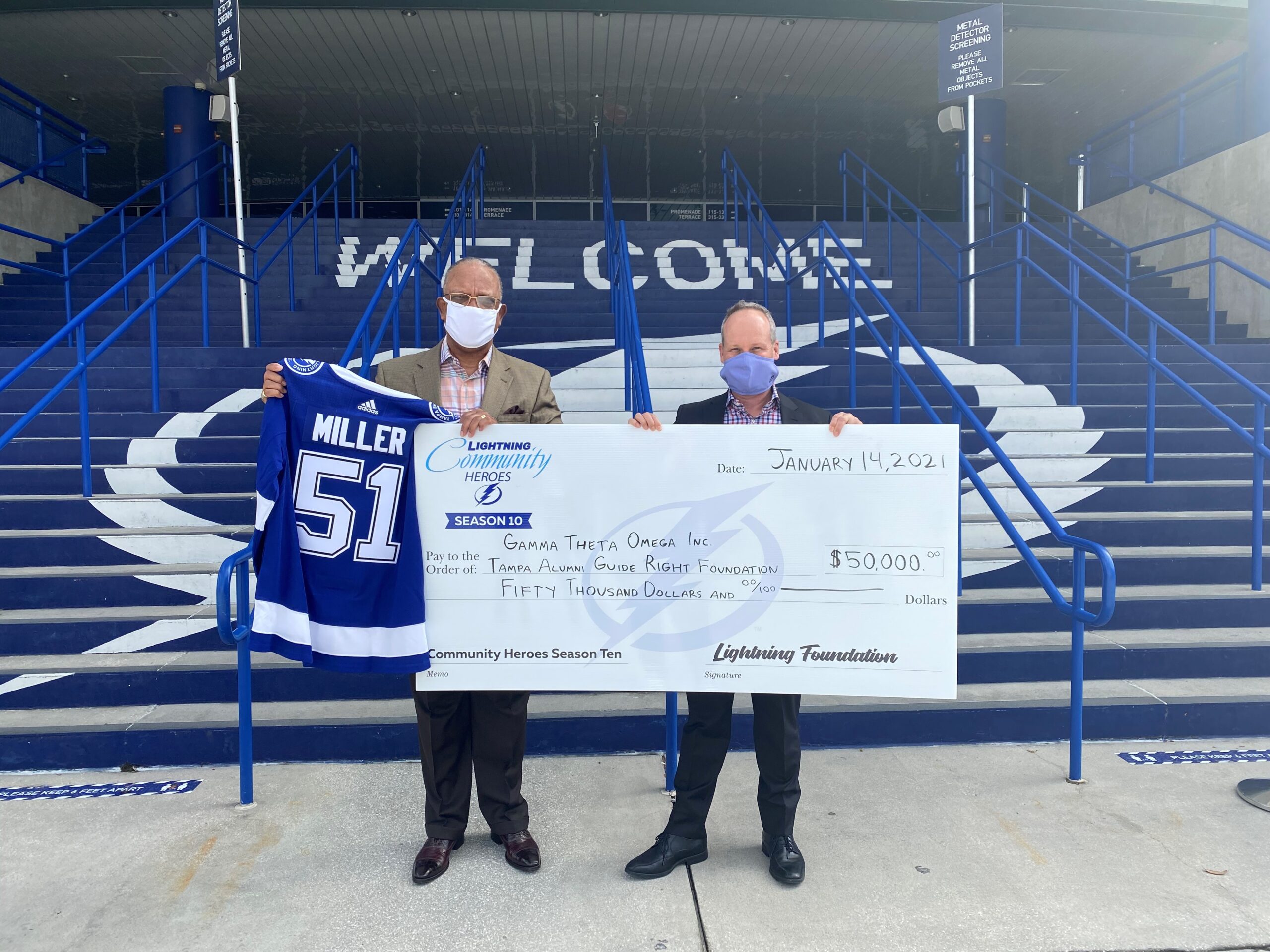 Miller is a shining example of devotion for helping out others in the Tampa Bay community. For three decades Miller has trailblazed his career in public service, as a member of the Tampa City Council, the Florida House of Representatives, the Florida Senate and as a Hillsborough County Commission. He has committed himself to many causes that provide growth opportunities through mentorship and career advancement programs for Tampa Bay Area African American students.

Together with his wife, Gwen, he has endowed a scholarship at his alma mater, the University of South Florida, for education majors engaged in their Black Leadership Network. Les’ legacy has built and continues to build a better tomorrow for many in the Tampa Bay community.

Miller becomes the 414th Lightning Community Hero since Jeff and Penny Vinik introduced the Lightning Community Hero program in 2011-12 with a $10 million, five-season commitment to the Tampa Bay community. Through this evening’s game, in total, the Lightning Foundation has granted $21.65 million to more than 750 different nonprofits in the Greater Tampa Bay area. During the summer of 2016, the Vinik’s announced that the community hero program will give away another $10 million over the next five seasons.